Wozniacki by day, Goerges by night 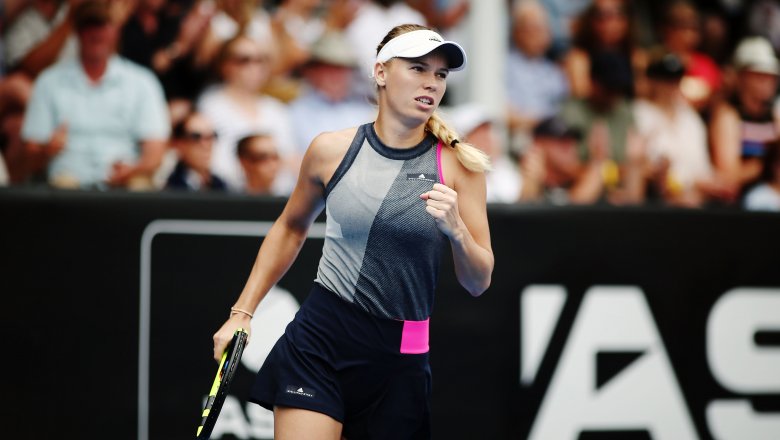 Woznicaki returns to Auckland for the 5th time and looking to go one better than her finals appearance in 2018. The Danish star is coming off the back of an impressive year which saw the her lift her first Grand Slam title at the Australian Open and returning her to the world number one position, exactly six years after last holding the top spot. Wozniacki will play German Lara Siegemund on centre court.

Our sole Kiwi flying the flag tomorrow is Paige Hourigan in her second round doubles match with partner Taylor Townsend against experienced Australian pair Monique Adamczak and Jessica Moore.

The other notable match during the day session has to be Rio Gold Medalist Monica Puig against 3rd seed and top ranked Chinese player Su-Wei Hsieh.

The first night session of the ASB Classic will be all glitz and glamour! Both Julia Goerges and Eugenie Bouchard will play their second-round singles matches.

German powerhouse Goerges has been a long-time supporter of the ASB Classic and comes back as defending Champion in career best form. Goerges won two of her six WTA titles in 2018. Her standout performance came on the grass courts of Wimbledon, where she reached her first Grand Slam semi-final. Our second seed takes on German Mona Barthel.

The fans can then be treated to one of the highest profile sports stars in the world, Canadian Eugenie Bouchard.  Sports Pro Magazine named the young Canadian as the Most Marketing Athlete in the world and she became one of the biggest sporting names in social media with a combined following of over 5 million followers on her Twitter, Facebook and Instagram accounts.
The former world number five comes back to Auckland for her second appearance at the ASB Classic. Bouchard will go head to head against Bibiane Schoofs giving fans a night to remember!