Will Soares be the crowd favourite this time round? 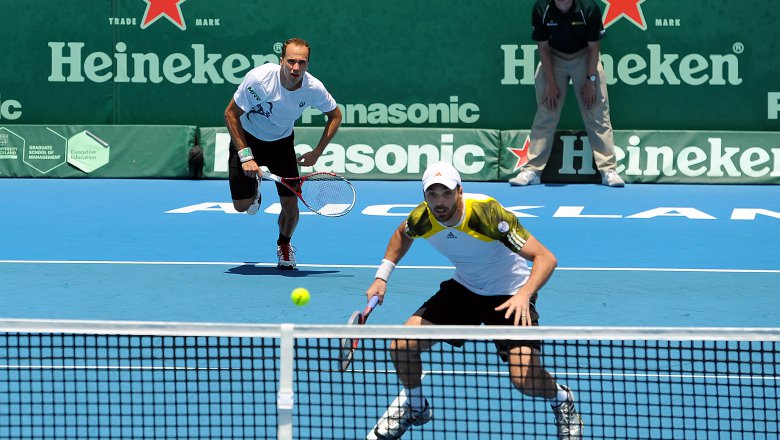 "That time I lost to one of the only Kiwis that has won this title Marcus Daniell and Horia Tecau - one of the best doubles players around. But I hope this year can be a different result.”

Daniell and Romania’s Tecau obviously had the support of the Stanley Street crowd as they claimed the only title for a Kiwi since Brett Steven won the doubles back in 1998.

Soares and Scottish partner Colin Fleming’s run to today’s final was very nearly stalled by another Kiwi on Monday night when the New Zealand pairing of Dan King-Turner and Michael Venus were a set up and took the top seeds to a tie breaker in the second set.

“At that point it certainly didn’t look like we’d be in the final. We were struggling and they were playing well. We finally managed to turn that match around,” says Fleming.

Both Soares and Fleming’s regular doubles partners are out of action at the moment. Soares, ranked 19 in the world for doubles, says it was a “no brainer” to partner up with Fleming in Auckland.

“He’s a great player I really like his style. He’s got a very solid game and we complement each other well. It’s good to play with someone different and see a different perspective.”

Soares says they will need to match the aggression of their opponents on Auckland’s fast courts.

“It’s important to serve well to give yourself room to take more risks on your return.”

The pair believe the tournament is great preparation for next week’s Australian Open where Soares rejoins his regular partner Alexander Peya (Austria) while Fleming partners up with Jamie Murray. A win today would make it the perfect preparation for the first Grand Slam of the year.