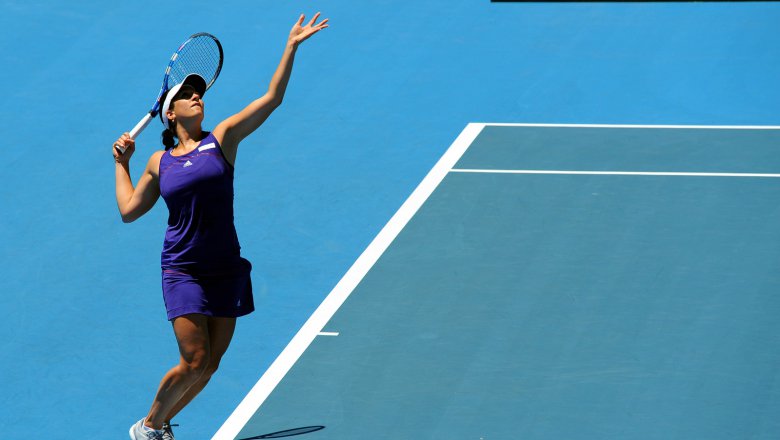 Mother Nature cooperated for most of Sunday 1 January for second round qualifying action at the 2012 ASB Classic. Six of the eight scheduled matches were completed at the ASB Tennis Arena, and just two matches

Monica Puig, an 18-year-old from Puerto Rico, started the day with a win over #4 qualifying seed Sofia Arvidsson of Sweden 6-3 6-1. It was a mixed day for twins Karolina and Kristyna Pliskova of the Czech Republic. Karolina advanced over France's Claire Feuerstein 6-2 6-3 but Kristyna lost 7-6 (8) 6-1 to Regina Kulikova of Russia. Top seed Anne Keothavong also advanced to the final qualifying round.

Two matches were interrupted by rain. 2008 ASB Classic runner-up Aravane Rezai of France was leading her compatriot Pauline Parmentier 6-4 2-2 while in an all-American contest Jamie Hampton was leading Irina Falconi 5-4 with a break when the rains came.

Qualifying rounds resume at 10am on Monday 2 January.