New Year’s Eve with nana for our Marina 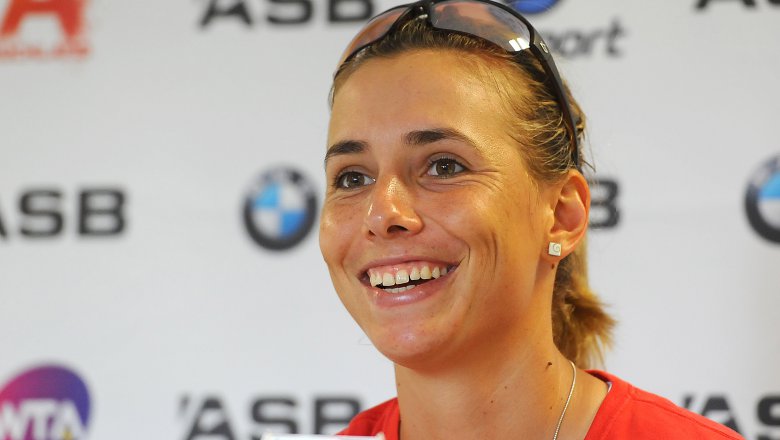 As the hometown star in the first tournament of the year – the ASB Classic - she’s pretty used to a New Year’s Eve that doesn’t involve beach holidays, music festivals or even a drink or two with mates.

“I usually spend New Year’s Eve watching TV with my nana and then I go to bed. It’s become normal routine and I enjoy it,” says the 24-year-old.

Erakovic has just returned from a training stint in Boca Raton, an hour north of Miami, and has been hitting on centre court since Boxing Day. She’s feeling good about the shape she’s in.

“As the tournament approaches I’ll probably get a little more nervous. I want to do well of course.”

Coach Christian Zahalka has been getting her to work on being more aggressive and take the ball earlier.

“I’m not going to change any of my strokes or change my game in any way. I’m just trying to hit the ball bigger and play more aggressive.”

And she jokes “It wouldn’t hurt to hit a few more winners.”

Erakovic is pleased to see a stronger field for the ASB Classic than the new Chinese tournament this week.

“Everyone I ask they always say they love Auckland, and they love coming here. It’s mellow, it’s low key, people are really friendly and they feel good here. It’s a real bonus to get these girls here.”

Erakovic started her tournament with a doubles victory last night with partner Heather Watson. Kiwi fans will be hoping for more of the same tonight when she takes on qualifier Stephanie Dubois after three consecutive first round losses at the ASB Classic.