Luck of the German or a record for the Spaniard 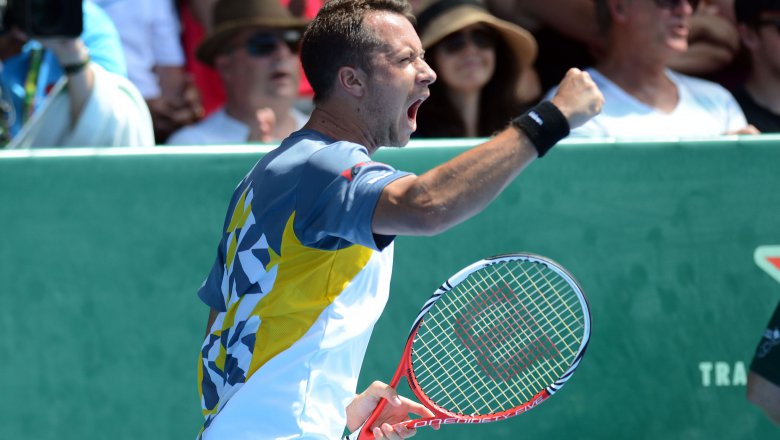 He admitted at the media conference after his semifinals win yesterday that he is no Rafael Nadal or Roger Federer, and that records are not really his thing.

The defending champion has won his home tournament in Valencia three times before but being crowned champion four times at one tournament is new territory for the man with 18 titles and an ATP topping seven in one season last year.

Today he will face 2008 champion and second seed Philipp Kohlschreiber (pictured). Both finalists were dominant in their semifinal performances yesterday winning in straight sets.

Another Heineken Open win for Ferrer will see him equal the great Roy Emerson’s record of four Auckland victories. But records are not at the forefront of his mind. Even his opponent admits that Ferrer is far too focused for that.

“He’s like a working machine. Even if he’s working on court number five he gives every match 100% and I don’t think he’s looking at any records.”

The Spaniard believes that the final will be fast and flat with Kohlschreiber possessing great power in his serves.

Kohlschreiber is clearly the underdog but he will not be going down without a fight. The two men have an all-round, all-court style of play but the German believes that he has better variety in his game and if he can keep Ferrer away from the baseline he is in with a chance.

The world no.20 is also hoping for a bit of luck in the final. Yesterday he joked about his 2008 finals victory over Spaniard Juan Carlos Ferrero: “I play a Spanish guy tomorrow in the finals, so hopefully it brings me luck.”

So will the luck be on the side of the German today or will it be history in the making for the Spaniard?