Blockbuster line up with top seeds in action 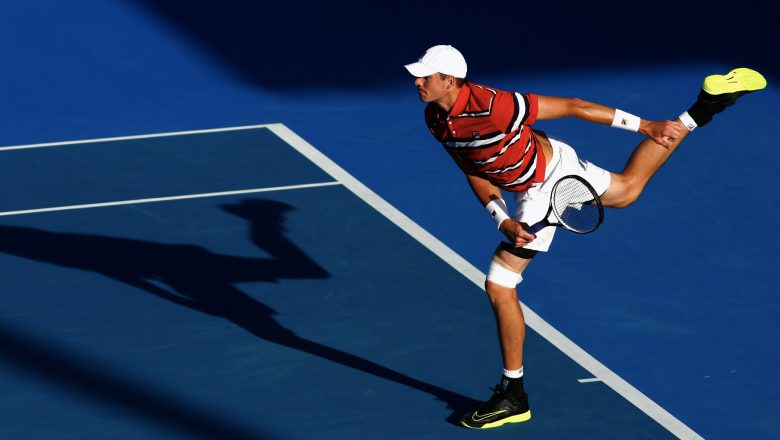 After a rain effected Tuesday, it’s a super packed schedule for Wednesday with all the top seeds taking to court and matches scheduled on all outer courts as well as centre court.

In an-all American battle, fourth seed and two-time former ASB Classic champ John Isner will meet compatriot and defending champ Tennys Sandgren to open the day session on centre court. The towering 6’10 Isner is one of the most consistent players of the last decade finishing 2019 ranked in the top 20 for the ninth year in row. Isner has made the ASB Tennis Arena his home away from home – playing some of his best tennis here over the years.

Kiwi Michael Venus will begin his doubles campaign with new partner Australian John Peers after a false start yesterday with the weather. Venus enjoyed another stellar year on the doubles circuit reaching the Wimbledon semi-finals and reaching the finals of the ATP Finals in London. Venus and Peers will take on fellow kiwi Artem Sitak and Indian Divij Sharan.

Top seed Italian Fabio Fognini reached new heights in 2019 breaking inside the top ten and winning his first ATP Masters title at the prestigious Monte Carlo tournament. Currently ranked at No. 12 the enigmatic Italian is known for his brilliance on court will take on the winner of the all Spaniards duel between Feliciano Lopez and Pablo Andujar, which is the first match scheduled on Grandstand court.

It’s an all Canadian affair to kick off the evening session with world No. 14 Denis Shapovalov up against qualifier Vasek Pospisil. Shapovalov is quickly becoming one of the rock stars of the men’s game and brings plenty of firepower and flair to the court with his big serve and trademark one handed backhand. Pospisil is on the comeback trail after undergoing back surgery. The 2014 Wimbledon doubles champion reached a career high of No. 24 that same year and is known for his big serve and sharp skills at the net. This will be the first meeting between the two Canadian counterparts.

Rounding out the evening session, third seed Karen Khachanov is looking to continue his strong start to the 2020 season after helping Russia to reach the semi-finals at the inaugural ATP Cup. Khachanov will meet either Aussie veteran John Millman or American Michael Mmoh in the second of two feature matches on centre court.

Grounds Pass holders are in for a treat with plenty of big match ups taking place on the outer courts, including Kiwis kicking off their doubles campaigns.

With rain effecting play on Tuesday, Leonardo Mayer and Marco Cecchinato need to complete their first round match on Grandstand with Cecchinato leading 7(6)-6, 1-4 before rain stopped play.  They’ll be followed by fifth seeded Benoit Paire will look to follow up an entertaining first round win when he faces Brazilian qualifier Thiego Monterio.

Over on Court two the pick of the matches looks to be Swedish qualifier Mikael Ymer who put on a stunning performance on Monday night to take the win over fellow Next Gen star Frances Tiafoe. He’ll face off against sixth seeded Hubert Hurkacz. The final match scheduled for Court 2 sees 2019 Doubles champion Ben McLachlan and partner Luke Bambridge take on wildcard combination of American Mackenzie McDonald and Kiwi Ajeet Rai.

Court 5 see’s some action as well with three doubles matches scheduled including Cameron Norrie and Kiwi partner Rhett Purcell taking to the court in their first-round doubles match against Rohan Bopanna and Henri Kontinen.

With spots in the quarterfinals on the line, tennis fans can expect plenty of high-octane clashes, and if you’re holding a ground pass for the day, it’ll be more like a golden ticket with thirteen matches scheduled on the outer courts to choose from!