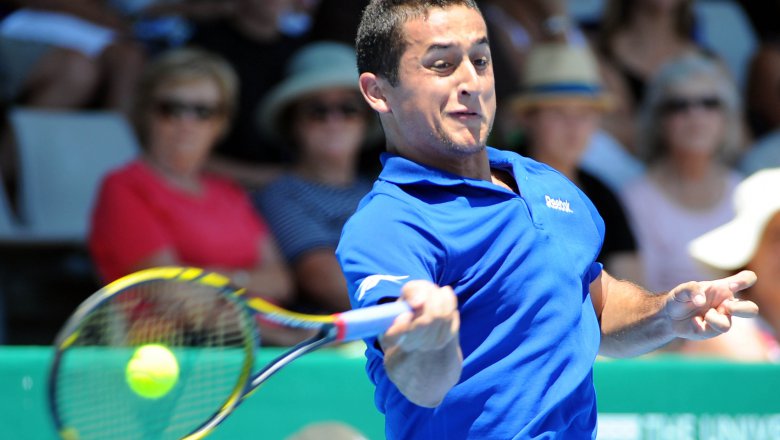 Auckland looks set for a Spanish invasion with a second top 10 player – world No. 10 Nicolas Almagro – confirmed to play at next year’s Heineken Open.

The 26-year-old joins fellow Spaniards, current world No. 5 and defending champion David Ferrer and former world No. 7 Fernando Verdasco, as three of the top ranking players for the 2012 Heineken Open.

Almagro will make his sixth appearance in Auckland when he takes to the courts in the Panasonic Singles from 9-14 January 2012.

This year the hard-hitting Spaniard made a superb start to the season with back to back ATP titles in Costa do Sauipe and Buenos Aires. He reached his third successive final a week later in Acapulco where his 13 match winning streak came to an end with a loss to countryman Ferrer.

Almagro collected his third title of the year in Nice before reaching his fifth final in 2011 in Hamburg.

Heineken Open Tournament Director Richard Palmer says Almagro hinted at a stronger showing for the 2011 season with his semifinal effort in Auckland.

“Nicolas has unlimited potential but I’m not sure we’ve always seen the best of him here in Auckland. After the outstanding year he’s had he’ll certainly be keeping the other Spaniards honest in next year’s Heineken Open.”

Almagro has 10 singles titles to his name – all on his favoured clay surface. His best showings at Grand Slams are two quarterfinals at the French Open in 2008 and last year.

He has nearly $US5.6 million in career earnings.

The full field for the 2012 Heineken Open will be announced on 30 November. Tickets for the tournament, and the Heineken Baseline After Party, are now on sale through Ticketek.

Performing at the Heineken Baseline After Party on Saturday 14 January will be acclaimed Kiwi band The Phoenix Foundation alongside musician Barnaby Weir, formerly of the Black Seeds and Fly My Pretties. Tickets cost just $30 which includes viewing of the Heineken Open final on a big screen on the back courts ahead of the party kicking off.

All centre court games for the Heineken Open will be screened live on SKY Sport. The action will run uninterrupted from the start of play at 1pm each day through until the last game of the day.