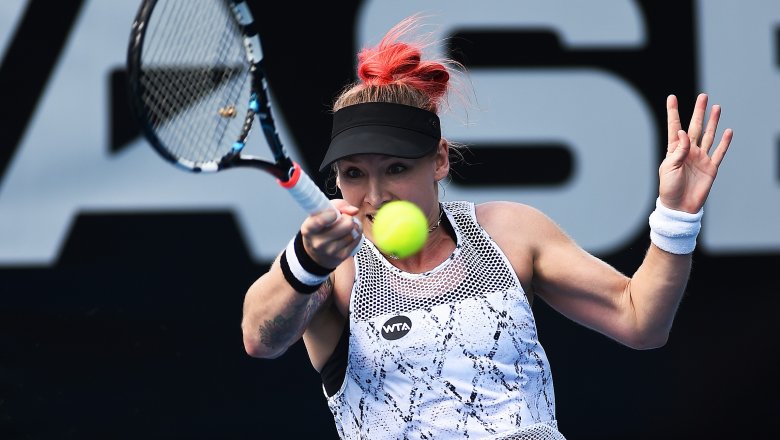 One of the most colorful and entertaining players on the WTA Tour Bethanie Mattek-Sands will start her season at the ASB Classic after receiving a wildcard to the main draw.

Former world number one doubles player, Mattek-Sands has reached as high as 30 in the world in singles during her 19 years on the Tour.

The 33-year-old American has won an Olympic gold medal, five Grand Slam doubles titles and three Grand Slam mixed doubles titles, making her one of the names to watch in Auckland when the ASB Classic kicks off on 31 December.

Ranked number one in the world for doubles last year and on her way to the ‘Grand Slam’ (winning all four slams in a row) Bethanie slipped while she was playing singles at Wimbledon and suffered a severe knee injury. After eight months rehab, she returned to the tour this year and won the US Open Mixed doubles title with Scotsman Jamie Murray.

ASB Classic Tournament Director Karl Budge is pleased to have Mattek-Sands back in the City of Sails for another crack at the title.

“Beth is one of the most entertaining and colourful players on the Tour.  She’s won multiple Grand Slams and Olympic medals, but it’s her personality and flair that makes her stand out” said Budge.

The doubles specialist is often referred to as America’s tennis rock star for her colourful clothing, tattoos and knee-high socks. She’s captured headlines around the world for some of her more flamboyant on-court outfits and colourful hair, and is sure to entertain fans again in Auckland.

Outside of tennis her interests include the outdoors so she’s coming early to New Zealand with her husband Justin and family for a very special kiwi experience.

Bethanie and her husband Justin will travel to Big Glory Bay on Stewart Island, New Zealand’s third largest island located south of the South Island. While on the island, the couple will experience some of the best of New Zealand, visiting the home of Big Glory Bay salmon (a hero product of Sanford, the ASB Classic’s Official Seafood partner) before going on a fishing expedition and partaking in some seal-spotting.

Bethanie will then conduct a clinic for kids at the world’s southernmost tennis club, the Waihopai Tennis Club in Invercargill.

“Bethanie will be the very first international tennis player to head to Stewart Island, which is fantastic for New Zealand and Stewart Island locals. Her husband Justin is a really keen on the outdoors as well so it’s great that they get to go on this adventure together!” continued Budge.

Mattek-Sands has had immense successful in both doubles and mixed doubles, and after her injury her determination to return to the top is undeniable her goal is simple - “start the new year on a winning note”.