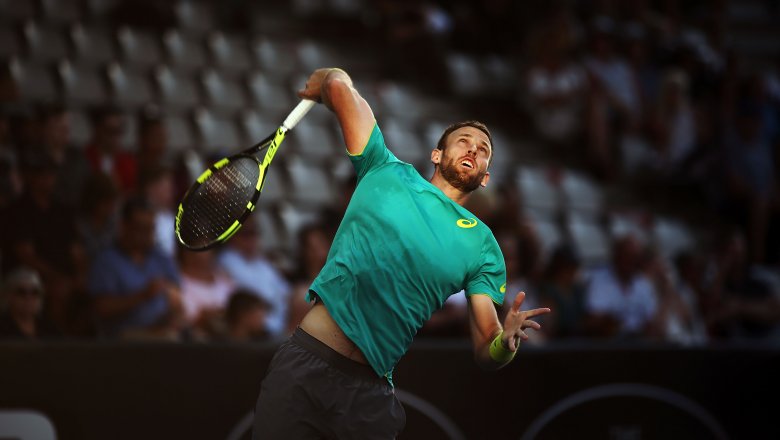 The draw for Men’s Week of the ASB Classic has been done and there are some intriguing match up’s that are sure to keep fans entertained.

The draw is headed by top seed and world No. 12 Fabio Fognini of Italy. The mercurial Italian is known for his brilliant shot making and colourful personality, heads up the top seeds along with Denis Shapovalov, Karen Khachanov and John Isner.

Outside the four top seeds, the men’s first round delivers exciting clashes between Next Gen stars and the defending champion against one of our own.

Kiwi wild card Michael Venus has drawn defending ASB Classic Champion Tennys Sandgren. Venus is one of the world's best doubles players sitting at No. 10, and while it’s been a long time since he last played singles, the 32-year old is excited to get another opportunity to play in front of his home crowd. For Sandgren, after winning his debut ATP title in Auckland last year and reaching his career best ranking of No. 41 he’s had a mixed year with his results.

Norwegian Casper Ruud will take on Frenchman Ugo Humbert in a battle between two Next Gen stars. Only three places separate the two young guns who are both ranked inside the top 60. Both players qualified for the Next Gen finals in November after impressive seasons. The question is, which one will own the bragging rights after this week?

In another exciting first round clash the fifth seeded Frenchman Benoit Paire who is ranked 24th in the world takes on the ATP Next Gen Finals winner Jannik Sinner of Italy. Sinner received a wild card into the tournament and is being touted as one the next superstars of the men's game. Sinner is the youngest player to reach the top 80 since Rafael Nadal in 2003 and rose from 553 in the ranks at the start of the year to number 78 last year.

Ex pat Kiwi Cameron Norrie took the crowd with him in his incredible run at last year's tournament to make his first ATP singles final. The world No. 52 who also competed at last weekend's ATP Cup will face a qualifier of lucky loser in the first round.

In the doubles, it’s Kiwi versus Kiwi. Top seeds Michael Venus and new partner Australian John Peers take on Kiwi Artem Sitak and his partner Indian Divij Sharan. Michael Venus had another stellar season on the doubles circuit reaching the semi-finals at Wimbledon and the final of the year-end ATP finals in London.

Kiwi and world No. 47 Marcus Daniell and his partner Austrian Phillipp Oswald will play the Italian pairing of Fabio Fognini and Simone Bolelli in their first-round match.

Two other New Zealanders are the doubles mix after receiving wildcards, Rhett Purcell and his partner Cameron Norrie taking on the third seeds Rohan Boppana and Henri Kontinen, and Ajeet Rai playing with American Mackenzie MacDonald against Ben and his partner Australian Luke Bambridge.

With so much talent on offer - the men's week at the ASB Classic is set to continue Auckland's incredible summer of tennis.